Confessions Of A Nomad Mom Weaning A Toddler 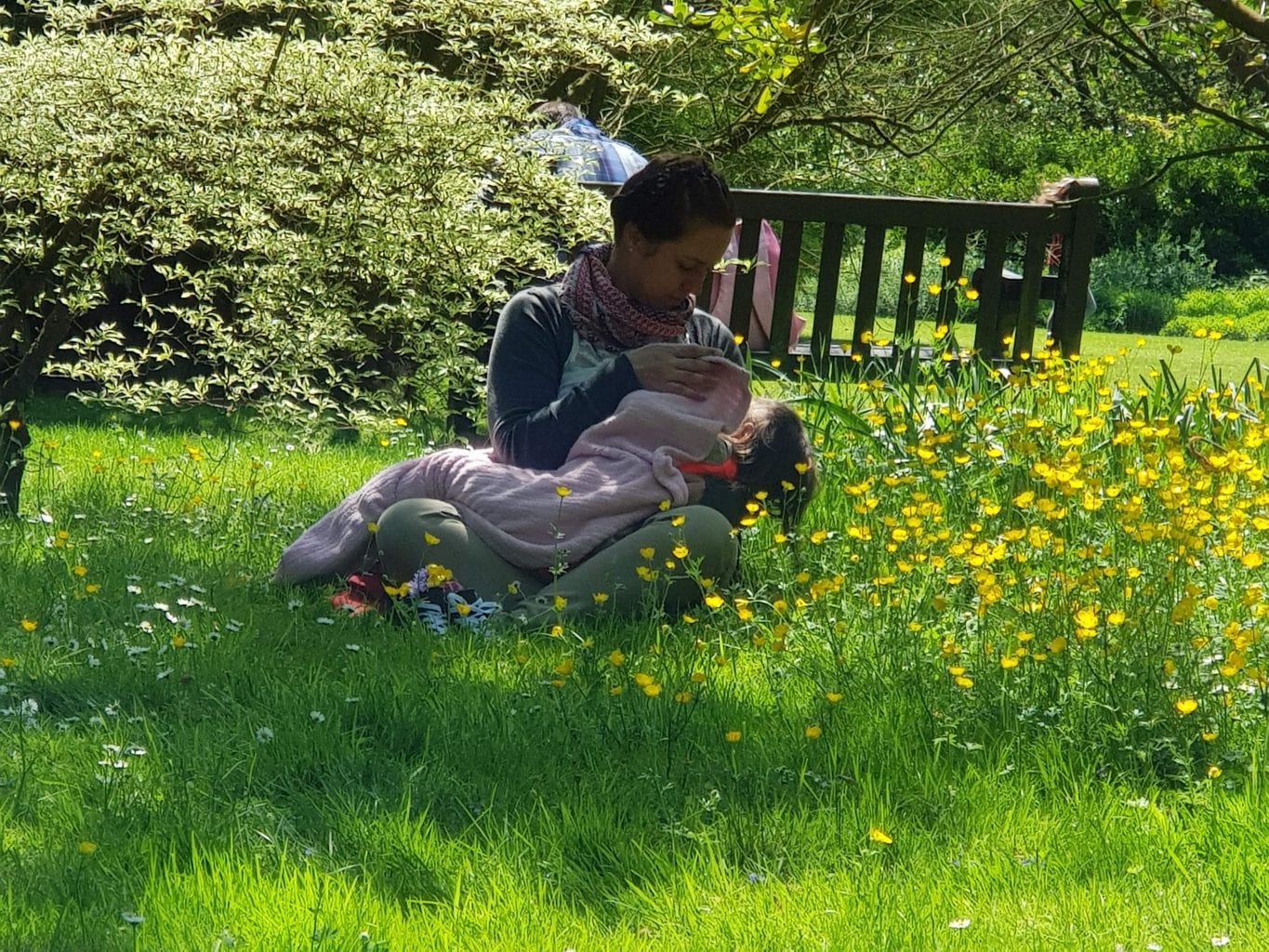 This blog is not only a travel memoir, but it also is a family travel blog. I will not be true to myself or you if I don’t tell you how and when things get sticky. Read about me nursing while travelling and weaning a toddler here.

TABLE OF CONTENTS hide
All For One And One For All, Except One
Nursing While Travelling Is NOT An Issue
My Sloppy (Third-Child) Toddler Weaning Technique
Did It Work?
So How Did You Wean The First Two, Lindsy?
Get Help When You First Start
Now Read

There’s one member of Team Williams who functions independently of our cohesive travel effort. Yes, I said ‘effort’, because it is an effort to travel with three children. If anyone tells you otherwise they’re lying, because it naturally takes more effort just to plan travel for five instead of solos or couples. I’m not getting into the effort of packing, flying or doing anything else as a family of five right now, because I’ve already digressed too far from the original question…

Can you guess who the rebel is in our family?

Yes, the toddler. Our cute strong-willed little monster. Our own little Hurricane Kate.

All For One And One For All, Except One

If you have one of your own or work with them (bless your soul), especially a ‘spirited’ young sprite, you will know what I mean. If you do not understand how I can lovingly refer to our super cute two-year-old as a little monster or name her after a destructive force of nature, I hope that you don’t have to find out first-hand. I hope that if you do have your own someday, that your little terror will be born healthy, with a rare docile, peaceful nature and be truly unique among its kind because of it.

The Badlands almost came and went for me without any eye contact;
in fact, everything from Yellowstone to the Badlands and Chicago. If we had not been travelling in a motorhome that provided the comfort and privacy of beds and sofas with large windows all around through which I could see America, I would’ve missed most of it and lost my mind in the process.

She is only little and demands Mommy’s attention as much as she can, just like any other toddler and that’s normal. At two, she looks mostly to me for comfort and she takes random naps during the day. I’ve never been one to wake a sleeping baby, so I usually stay with her in the RV while she sleeps and B will take the older two to do whatever fantastic activity there is to do at the time. I missed out on a few outings, but I’d rather do what I have to to make sure that the littlest has a good sleep and wakes well rested any day.

As I started to type the Badlands post, I thought to myself how little I remember of the facts and exciting stories I usually take from such a great place as the Badlands. And as I scrolled through the photos, I remembered why it all was a bit hazy to me: Little Kate

Nursing While Travelling Is NOT An Issue

Far from it, it is easy to nurse while you travel and has never been a problem for me. It’s made travelling with my babies so much easier. I’d recommend it and would choose nursing right now if I had to do it all again. But. There is a ‘but’.

To give you some background: somewhere along the way, back when we entered Yellowstone National Park, I quietly resolved to wean Kate. Or maybe I wasn’t so quiet and only wished I’d done it quietly instead of losing my cool. Either way, it was time. I’ve done my time. Two years of nursing should set them up for a long healthy life, right?

I took immediate action. She’s never been fond of regular or follow-on milk, but she likes redbush (caffeine free) tea in a bottle and she, thankfully, took it when that’s all I had for her. However, it was not that easy.

My offering of tiny lollies on demand instead of milk-on-tap was my key to success! We bought a large bag of different flavours at Walmart. They are small, soft, easy to chew and she loved them. I gave her as many as she wanted.

I confess lousy weaning technique and bad parenting, but I knew it would not be forever, and I JUST wanted to get through the road trip with some visual memory of where we’d been.

It worked in terms of bringing her some form of immediate comfort and appeasement, but despite copious amounts of lollies, creative destraction by all of us and many hugs and cuddles, overall she wasn’t happy. She was furious at everyone and everything but mostly at me, and it took about two weeks for her to get over the worst of her anger at my rejection when she asked for ‘milky’.

Heartbreaking stuff, but it was a long time coming, and my mind was made up. I needed to sleep at night and I desperately wanted to see America!

So How Did You Wean The First Two, Lindsy?

I confess I didn’t do much better with Nick, baby number 1. We found out that I was pregnant with Leah just as he turned one. I weaned him at a slower pace using follow-on milk, but I added pink Nesquick to sweeten the deal! For a milk-guzler who loved Mommy’s milk more than anything, it worked surprisingly well. The great thing about weaning my first is that I had time to wean him gradually, dropping day feeds one at a time, and night and morning feeds last.

Leah weaned herself at eight months old when she lost interest. She found more to observe and take-in from the world around her. I felt out of control and frustrated at the time because I wanted her to nurse for at least a year, but she was by far the easiest. She skipped feeds on her own. Soon, my milk was gone, but she was not fazed at all and took to the bottle without any extra bribery on my part.

Six years later, when I found out that I was pregnant with Kate, I looked forward to breastfeeding again. I knew she would be my last baby and I wanted to nurse her as long as I could.

Get Help When You First Start

Nursing can be tiring and tough, especially the first time, but it is an experience unlike any other, and I’m so blessed that I could breastfeed all three of our children for a good long while.

I nearly gave up breastfeeding Nick when he was only two months old. I was battling and felt desperately tired all the time. If it weren’t for B’s unquestionable support and this book: The Womanly Art Of Breastfeeding by The La Leche League, I would’ve switched to formula before he was three months old.

It was the best purchase I’ve ever made as a nursing mother, and every mom who wants to breastfeed should buy it!

Weaning Kate at two-and-a-half was a different story altogether. The pink milk trick didn’t work with her and she could nurse through an earthquake without being distracted. We were both outside our comfort zones, travelling around the world for almost a year, living in a motorhome. Far from the familiar surroundings and comforting routines of home, I knew that I was asking much from her.

Her fury followed us from Yellowstone into the Badlands and beyond.

How did you wean your toddler or baby? Please tell me you’ve also taken short cuts in desperate situations?! How did it work out for you and your little one? Did you find this post helpful?

I’d love to hear your story so please comment below?

For actual tips on how to wean a toddler here’s what the experts say: 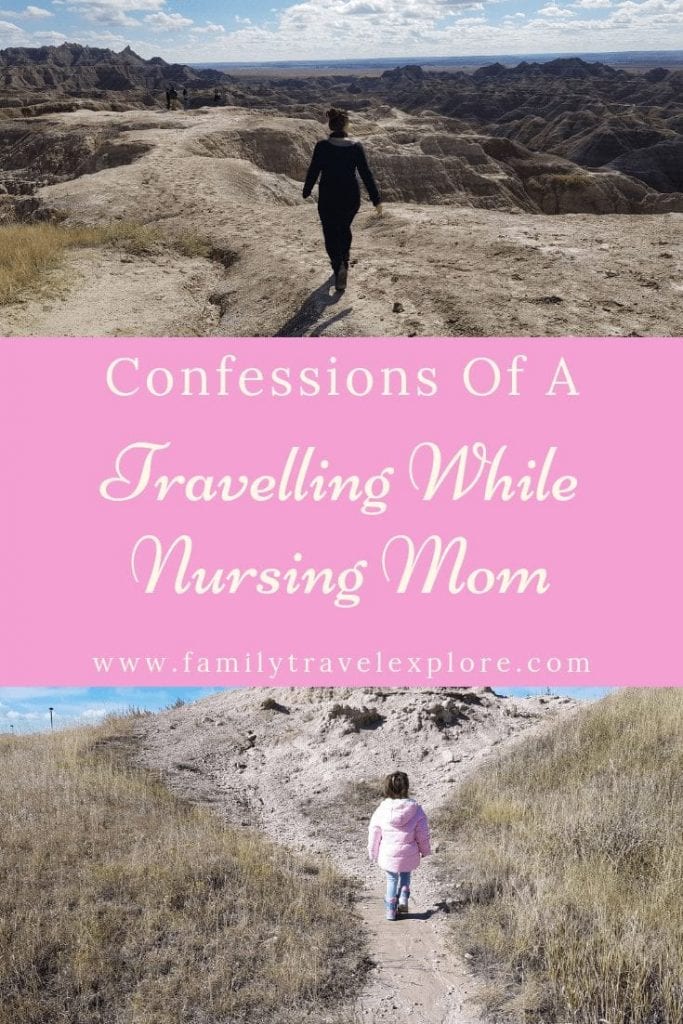 1 thought on “Confessions Of A Nomad Mom Weaning A Toddler” 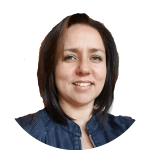 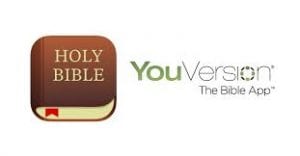